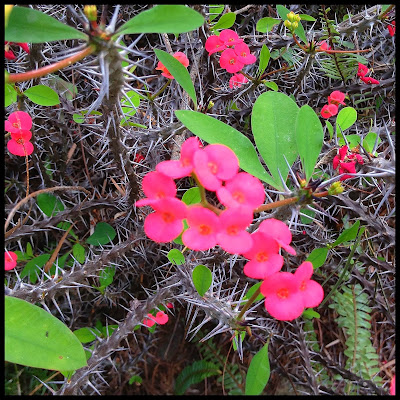 I’ve discovered there are two ways to look at a margin.

A margin can be a boundary - fringe, sideline, edge, or it can be a surplus – room, scope, profit. One definition speaks of limitation, the other of possibility.

After mulling over these definitions for a couple of days I saw something beautiful emerge.

I saw how Jesus transitioned people from one margin to the other, from the fringe of Insignificance to the place of discovering the surplus of Potential within themselves.

Jesus always gravitated to the marginalized. One moment He is preaching to thousands on a hillside, the next, He’s crossing treacherous waters in a small fishing boat in search of a madman in a cemetery.

A read through the Gospels exposes Jesus constantly searching for the Overlooked, the Unnoticed on the fringes of communities he travelled through - the lepers, the sex-workers, the widows, the misplaced, the people struggling with their demons. Jesus understood their plight - after all, who could identify more with being marginalized than Jesus himself? His compassion drove him to open blind eyes, release the oppressed and preach good news to the poor.

Yet for each one, every single person, the healing encounter with Jesus went beyond merely the physical aspect of their lives.

Jesus looked into their eyes. He scanned their souls. He found that place of deepest need – the Need-to-Belong, the Need-to-be-Valued, and he touched them there. And his touch repositioned them - both in their own thinking, and in the perceptions of those around them.

Encounters with Jesus gave the Insignificant value, and the Sidelined purpose.
Those encounters allowed each one to sense their own value and uncover the empowerment that comes from that. These Anonymous Ones uncovered the surplus of the unlived life within themselves and tapped into it’s potential. For these Fringe-dwellers their purpose had now been defined, and they were empowered to move on in life with dignity and influence. Their place of residence shifted from Obscurity to Significance.

Zaccheus grew in spiritual stature the day he met Jesus; the Samaritan Woman became an ambassador for genuine love; Bartemaus became a man of vision; a Roman Centurion began winning spiritual battles; the Tax Collector became a benefactor; the Psychopath became an evangelist.

Our mission is to complete what Jesus started in our world.

We should find ourselves constantly scanning the horizon in search of the Lost, the Forgotten, and the Exiled, and introduce them to a Jesus encounter.

They live in the bewildering place of fatherlessness, in the insidious place of bullying, in the distressing place of poverty, in the horrific place of human trafficking, and in the empty place of fame of fortune.  We will find them at checkouts, mothers’ groups, in jails, in church, over the neighbouring fence, in our own families. They are all around us, searching for inclusion, and a purpose for living.  Sometimes all it takes is a cheery word to the woman cleaning the Rest Room, a coffee date with the new single mum at school, some time for the old man who lost track of his family years ago, a welcoming smile to the overweight woman hiding at the back of the room ... it's not that hard!

That search for belonging, that incessant hunger for value is the prompt that has led us all to Jesus. We were, at one time or another, all lost until we found Jesus walking towards us with arms outstretched.

He stopped amidst the swirling, stifling, suffocating crowd.
“Who touched me?”
The woman trembled, bloodied, afraid.
She knelt before the Lord of Ones and whispered her confession.
And He, who would one day Himself be bloodied
for Ones such as this said,
“Be healed.” 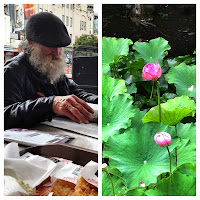 He slept through the storm as they crossed the Lake,
While the Madman waited in turmoil amongst the tombs.
Naked, too strong for chains and irons, yet hopelessly bound,
He ran and fell at the feet of the Lord of Ones.
And He who would one day be bound in the place
of Ones such as this said,
“Be free.”

He sat and watched the Rich and Powerful throw in their coins.
The Widow came, unnoticed, yet seen.
She gave out of her poverty two small coins of infinite value.
“She gave her all,” mused the Lord of Ones.
And He who left the wealth of Heaven in order to give His all for Ones such as this said,
“Be blessed.”
He stood alone as the crowd hurriedly dispersed.
“Unclean!” they reviled, and hissed and cowered.
The Leper knelt before the Lord of Ones and pleaded, “If you are willing..”
And He who would soon be defiled by the sins
of Ones such as this,
Reached out and touched, and said,
“Be clean.”

I wait, speck in an ocean, grain of sand on a beach,
Bloodied, bound, impoverished, unclean.
Overcome by His Presence, overwhelmed by His Grace, “I come to worship,” I whisper.
And the Lord of Ones who died in my place embraces me,
And draws me in.
With words that echo across time and eternity
He whispers back,
“We are one.”

Today Jesus will transition one more soul from the margin of limitation to the margin of possibility. Let's remain alert, on call, so we don't miss the opportunity to partner with him on the journey.

Posted by Julie Cochrane at 12:59 No comments: