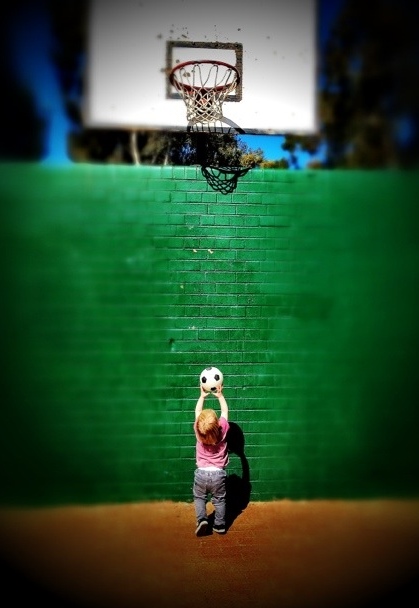 We all decided to go to the park.

Ross and I needed the walk, our three grandsons needed the space to release their energy, and our daughter and her husband were keen on some exercise. We took a basketball.

We left the house, crossed the road and wandered down the pathway into the park while the boys raced ahead and claimed the basketball court.

Then the game was on!
When it came to teams, I think it was basically Joel (son-in-law) against the rest of us (actually, them - I was the cheer-squad).
Which was SO unfair - for the rest of them. Joel stands well over 10ft tall and his wingspan must be several meters in both directions. AND he broke all the rules .. well, that's the way this Nanny saw it from the sideline :)
There was a lot of running, shouting, puffing and panting, and laughing.

Rachel, reliving memories from her High School Basketball days, was amazing with her defence, securing the ball many times, and landing some outstanding goals! Even Pa managed to impress his grandsons (and me) with a few awesome shots.

The boys, Zion, Rome and Knoxie gave the game 100% and just kept up momentum hounding their dad for that ball. But he was too fast, too big, too fit. (and maybe a tad competitive?)

But after a while, the boys' enthusiasm began to wane. There was less laughter, and tears of frustration began to emerge. Little Knoxie wandered off to play on the slide, and few comments like "it's not fair!" and "you cheated!" began to change the tone of play.

And then the game changed.

Joel, after showing his boys how it should be done, now got alongside them to show them it could be done.
They'd experienced enough failure, now it was time to experience success.
He 'let' them snatch the ball from him, and lifted them up so they could succeed at throwing the ball in the goal. It's amazing how the boys responded  - suddenly there was hope!

A new energy came from somewhere, and the game regained its enthusiasm with shouts of "Yesss!!" as ball after after ball landed through the hoop.  Finally light began to fade and it was time to go home for dinner.

As I looked over my not-so-clear photos later I thought about how much our family basketball game reflected God's heart when it comes to the game of life.

God has specifically designed a life-purpose for each of us, and deposited gifts within us to help us achieve that goal.  He shows us how to play the game, and comes alongside to help us reach our potential.

He loves to watch us 'have a go'. Although He doesn't expect us to get it right every time, He does expect us to develop our gifts and bear fruit from the investment He has deposited in us.

He positions us amongst more experienced people - parents, grandparents, pastors, teachers, friends - so we can learn from those who have gone before.

And He places us amongst peers - our  family, the Church - so that we can learn the value of teamwork, and experience the exhilaration of living for a cause greater than ourselves. 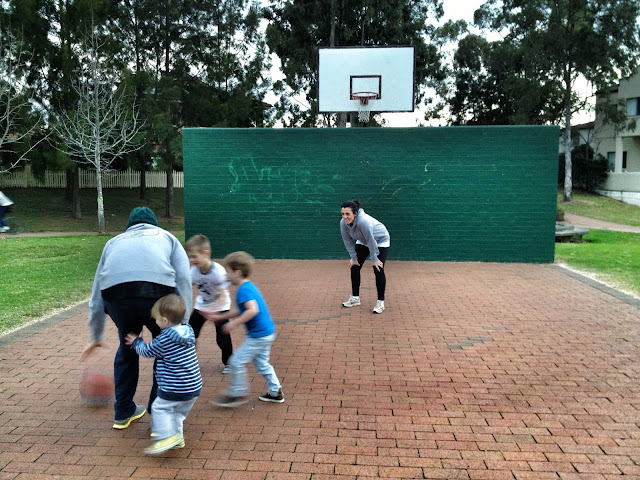 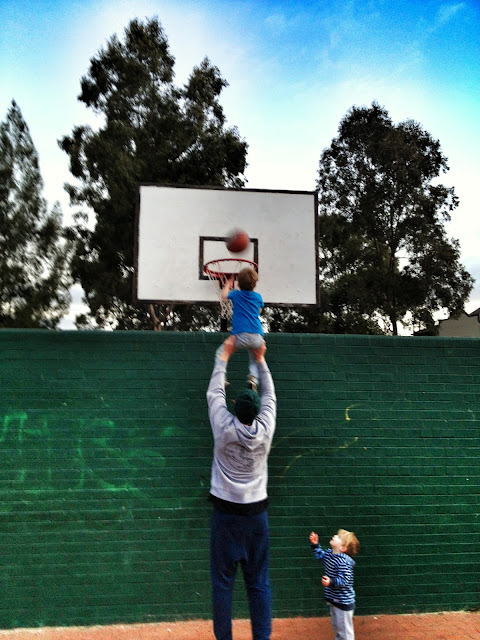 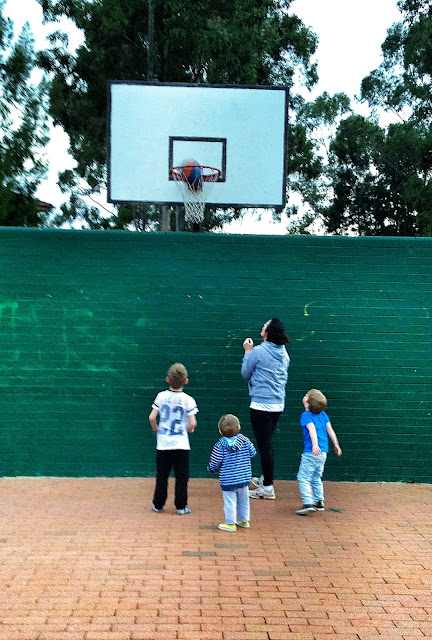